The 2020 Golden Globe Awards have been the subject of a ton of media attention lately, and not just because of the take-no-prisoners monologue offered up by host Ricky Gervais. As they are every year, January’s Golden Globes were an opportunity for the biggest names in Hollywood to showcase their personal styles. The hottest item for 2020 turned out to be indoor sunglasses.

“Indoor sunglasses,” you ask? “Are they even legit?”

Yes, indoor sunglasses are a real thing despite their name being a misnomer. You do not need sunglasses indoors because your eyes are not exposed to direct sunlight. We just call them indoor sunglasses because no one has been clever enough to think up a different name.

At any rate, everyone from Tim Allen to Elton John seemed to be sporting a pair of indoor sunnies at the Golden Globes. Some of their choices were undoubtedly designer glasses made just for them. It is possible that the B-listers in attendance settled for eyewear off the rack. Regardless, seeing so many pairs of stylish indoor shades was a source of great amusement.

Believe it or not, there is actually a scientific basis for the indoor sunglasses principal. Indoor sunglasses are intended for people who suffer from light sensitivity. These are people whose eyes become quite discomfited when exposed to fluorescent lighting, blue light from electronic screens, and high-intensity flood and stage lighting.

They find relief in specially made glasses with lenses designed to filter out those wavelengths of light that cause pain. It is no coincidence that a typical pair of indoor sunglasses is tinted either amber, brown, or blue. These are the tints that are most effective against painful indoor lighting.

What They Don’t Do

At this point it is important to point out that indoor sunglasses offer absolutely no protection outdoors. According to Olympic Eyewear, the lenses do not have the UV filters capable of protecting the eyes against the worst of the sun’s rays. They also don’t block very much direct sunlight for the simple fact that they are not dark enough. The point here is that a pair of indoor sunglasses is not an all-purpose pair of shades. They are called indoor sunglasses for a reason – they should be confined to indoor use.

It should also be noted that they will not improve your vision while driving at night. Despite some claims that amber and yellow tinted indoor sunglasses can help you see better by cutting down on the glare from oncoming cars and overhead streetlights, they do not. That is a myth.

Let’s wrap up this post by talking about what indoor sunglasses might do, especially as they relate to Hollywood celebrities and award shows. A few Golden Globe reviews hinted that the indoor sunglasses craze among celebrities might be more about hiding wrinkles and bags than anything else.

To be clear, indoor sunglasses are not new. They’ve been around for a few years. This year however, they seemed to show up at the Golden Globes in spades. Did all of the celebrities suddenly develop light sensitivity? Maybe. On the other hand, it could be that they just latched on to the latest strategy for hiding their age.

Previous Post: « 3 Ways To Get Thicker, Healthier Hair
Next Post: How to Wear Sneakers On a Date » 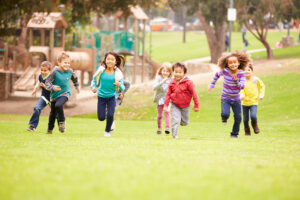 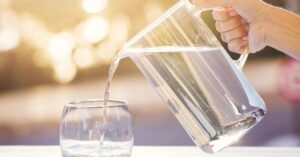 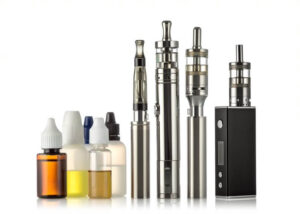