Tangerang City is Indonesia’s primary gateway to the world. It’s home to the Soekarno Hatta International Airport, the busiest and largest airport in Southeast Asia. Terminals 1 and 2 of the airport are low-cost carrier terminals, servicing local and international flights respectively. Meanwhile, Terminal 3 Soekarno Hatta is where Garuda Indonesia operates both its local and international flights. If you’ve visited Indonesia beginning in 2016, you’ve probably landed in this contemporary, glass-faced terminal. Besides being the location of the airport, however, Tangerang also has quite a few landmarks and interesting tourist spots. Here’s a quick list of destinations that might interest you.

Founded in 1684, Boen Tek Bio is the oldest Chinese temple (klenteng) in Tangerang and the second oldest in Java. It’s located in Pasar Lama, Tangerang’s old market district, right at the intersection of Jalan Bhakti and Jalan Cilame. The temple is one of the most significant parts of Chinese history in Tangerang and is intrinsically linked to Chinese colonial bureaucracy in the area.

The name Boen Tek Bio roughly translates to “Temple of LIterature and Virtue.” However, a more accurate meaning is a place where people can become more learned and virtuous. The temple is especially popular with tourists, so it’s always quite busy. It’s busiest, however, every 12 years, when they hold the Toapekong procession to coincide with the year of the dragon. This means that the next march will be in 2024.

Visiting Boen Tek Bio usually also means visiting the Benteng Heritage Museum, since the two are within walking distance from each other. The museum is actually an old townhouse, which used to be occupied by Benteng Chinese before it got refurbished and repurposed. It officially opened on 11 November 2011 (11/11/11), which was chosen specifically for the date’s auspicious associations. The museum contains artefacts that showcase the history and heritage of the Chinese people, the first of its kind in Indonesia.

Masjid Pintu Seribu or Thousand Doors Mosque is an old, mystical structure in the province of Banten. The name is pretty self-explanatory; while the mosque doesn’t have exactly one thousand doors (even the caretakers don’t know how many), it does have numerous doorways and windows. In the basement, you’ll find a large wooden rosary, with beads as large as an adult human’s fist. It’s one of the most visited parts of the temple. Masjid Pintu Seribu is said to have been founded around 1978 by an Indonesian citizen of Arab descent whom the locals called “Al Faqir”.

If you’re fond scenic, natural views, hop on over to Cipondoh Lake or Situ Cipondoh. It’s been a tourist attraction since the 1980s, with the calm, sparkling water of the lake as the perfect backdrop for various activities. Nowadays, tourists can fish or paddleboat in the lake and even ride on water bikes. There are also plenty of restaurants along the lakeside, serving Sundanese, Betawi, and Javanese food as well as other Indonesian specialties. You can also sample traditional drinks and desserts like bandrek (a hot, spicy-sweet drink), cendol, and sekoteng (a hot, ginger-based drink with diced bread, pacar cina, and peanuts).

As the largest mosque in Tangerang, Al-A’zhom Tangerang Grand Mosque has become one of the most iconic landmarks in the city with its large multi-tiered dome roof. Masjid Raya Al-A’Zhom Tangerang takes various design elements from Ottoman-era mosques, like the 55-metre-high minarets with tapered ends. These are positioned on all four corners of the mosque. With the help of modern building techniques and materials, the dome roof doesn’t have any supporting poles. This creates a smooth interior and a completely hollow space, which helps with efficient air circulation.

For your shopping needs, Tangerang City Mall (or Tang City Mall) is one of the newest establishments in the city. It has more than a hundred shops, including rfetgail stores, restaurants, spas, salons, and gyms. You can also find a play area for kids. Another popular shopping destination in Tangerang is Supermall Karawaci, which carries well-known local and international brands. These two malls are also great places to shop for cheap but cute trinkets as souvenirs.

Since it’s only a little over 30 kilometers from Jakarta, Tangerang is quite a busy metropolis. Still, it has its own brand of local chfarm and cultural appeal. For sure, you’ll find that this city will give you a tanatalising view of what’s still there to discover in Indonesia.

To read more on topics like this, check out the travel category.

Previous Post: « The Silent Controversy of 8chan
Next Post: How to Successfully Declutter Your Home Without the Stress » 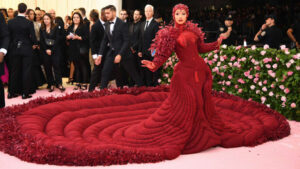