Taken to one possible outcome (rising price brackets, slimmer fit,symbiotic relationship between upper and lower silhouette) athleisure could carry its piece of the (vegan) fashion pie forward to a more formal representation of things done when not in pyjamas. In a way, formality is the standard mode for athleisure. Athletes wear ‘uniforms’ and are an inspiration for the type of people that wear athleisure – project managers and IT specialist – super efficient people, continually trying to beat PBs and attempting to maximize available resources. These people also embrace the language of sport and sport’s desire to assess and test using technology and improve with NLP, which have fed into Ted/Google Talks, improve-your-lot paperbacks and podcasts and apps designed to take your spectral plans and make them cut.

And if you’ve managed that, you’re probably worthy of athleisure wear. Or at least one version of it. Because there are now multiple types for different people. Variants for real sporty types (Under Armour), casualwear converts (Le Fruit Defendu New York), dealers, tech-industry navigators, stoners, models, PlayStation players and single mums and absent dads, teenagers and pre-teens and Beverly Hills mistresses and grandmothers and millionaires. Yes it sounds like the character list from Grand Theft Auto. Actually it sounds like potentially everyone you know. And there is a particular brand of athleisure – sporty to laid back, fulsome to sculpted, logo-centric to grey-modest, fun to serious, bargain to stratospherically bling, on-point to twisting the definitions – that suits one of them and, yes, you.

One thing: Athleisure is a (largely derided – don’t use the term around fashion folk) state of mind: an accidentally contrived marketing term concerning what to call what happens when famous models exit famous venues in a Balenciaga Incognito Coat, Ultracor Havana Slash leggings and a pair of Bodega and New Balance colabs. In the old days only a few would get 24-hour attention. Now everyone is being eaten by Instagram. Thankfully the look is low maintenance and easy to run in.

Of course sportswear brands like Nike – their promotion of the sneaker aesthetic to prime icon status with the Just Do It mantra – transformed sport and its acme-boxed plimsoll image into the globe’s one universal talking point. More recently, Nike have pushed the athleisure envelope too, but the term and look have truly exploded thanks to the design nous of Virgil Abloh (and SuperDry before him on the highstreet) who has managed to bomb the bridge (there are dazed, irritated casualties) between leisurewear and the fashion scene. The Off White Nike Easy Run Top says enough courtesy of the swoosh label – but what young cousin brings to the track, aside from the obvious benefits of Nike’s spread-bet marketing muscle – is a little hard to figure until you get to the brand’s runway pieces, where you can witness the wonder of athleisure with most of luxury’s pretensions (and a smidgeon of its craft) eradicated.

Fear of God (with their own Nike tie-in) swing heavily to hip-hop tropes, and promote a youthful indifference to the art of trying to make it. Where couture and luxury are the prelude to an occasion or the ascension to a position, athleisure in this guise appropriates any situation with relative coolness. Le Fruit Defendu New York does it better though: yes the louche standoff, but with colour and a more vivid logo imprint to its streetwear lines.

If you do want to work out (and strategically socialize afterwards) there are a multitude of femme-focused labels that – if placed in ascending price order – would probably determine which particular private health club you’d gain access to. The women of Vaara, Olympia and Alala condense the very spirit of an empowering yoga session. And before we deride any of this – their clothes are fly.

But the more exciting manifestations – proof of the seriousness of athleisure and indicative of both the empowerment (but arguably also the increasing commodification) of the female body – are the likes of Becofit and PE Nation who smudge the chalk line between getting sweaty and chilling with trendy allure.

For men sportswear and the couch have been best mates since Adam started dressing, and the latest designs offer similar diversity of image and purpose. Rhone and the like serve up sensible threads for running in but you really want a piece of Y-3’s Capsule Collection or Robert Geller’s Lulumelon matchup.

Taking it to the Street

So how to wear this kit. Brands like no kaoi offer serious interpretations on how athleisure can make a gym entrance at the third stairmaster look like you’ve arrived via spaceship, and the thing that distinguishes hot brands and makes for a successful look is the extent to which the items work with a business jacket or a pair of heels. Stand in front of a mirror in R13 floral leggings and a Le Fruit Defendu New York Black Overdose hoodie (keep those receipts for the moment). Slip into your standard Tommy Hilfiger lace up platforms or pose in your dad’s brown aviators and if you’re certain you could walk or jog from the shop with your head high, then take a sip of that heady mix in your sports bottle, take three steps and – to paraphrase the saying – you’ve just done it. 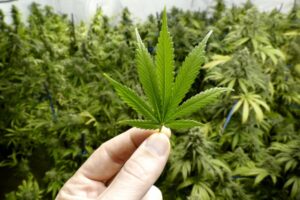 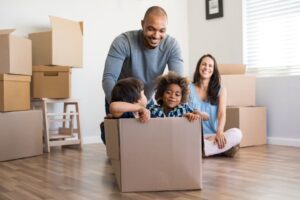