Fashion brands have always relied on traditional advertising to sell their products. Up until recently, the most popular media outlets for marketing were television, newspapers or magazines. However, times are swiftly changing – and a new style of marketing is rapidly taking over. Fashion Nova is one of the many clothing brands who have capitalized on influencer endorsements, and they have experienced unprecedented success because of it. A recent study reported that 94% of digital marketers found that influencer endorsements generate an eleven times higher return on investment than traditional marketing. Another study in 2018 highlighted that 34% of digital marketers will increase their budgets for influencer marketing. The evidence suggests that influencer endorsements are crucial to the success of brands such as Fashion Nova – here’s why.

With over 17 million Instagram followers, an earned market value of $125 million (three times higher than Gucci’s) and the most searched fashion company on Google, Fashion Nova is one of the most successful retail brands of the 21st century. The California-based label has taken the industry by storm, and one of their most powerful marketing strategies is influencer endorsements. According to CEO Richard Saghian, the brand opted out of traditional marketing campaigns after he realized how powerful platforms such as Instagram could be when used right.

When he launched his website in 2013, Saghian already had a large following because of his California brick and mortar stores. Customers would post selfies wearing their outfits, and this gave him the idea to take a different route when it came to promoting his brand online. Saghian chose to use his customers to promote his brand in exchange for free products, as a result, his stock sold out within one week of launching on Instagram!

As the company expanded, Saghian began using celebrities such as Cardi B and Kylie Jenner to promote his clothes. He then moved onto Instagram and YouTube influencers, working today with between 3,000 to 5,000 of them.

Why Are Influencers so Powerful?

It’s a no-brainer that celebrities are going to sell your products; at the end of the day, everyone wants to live the life of a superstar. Even if a celebrity hasn’t been paid to advertise something, the very fact that they are wearing it will have their fans queuing up outside stores at 5 a.m. in the morning to purchase it! However, despite how much we love and idolize the rich and famous, and wish we could look like and be like them,  we can’t relate to them. So much so that when a star is seen looking like an average joe with her hair scraped back in a bun and no makeup, it goes viral….. “Wow! They are actually human!” cry the masses! But we can relate to an influencer. Why?

Because in most cases, they are just like us. They live normal lives. Some of them even have regular jobs, but they use their social media platforms to discuss the things they are passionate about. They also give us access into their lives in a way that celebrities don’t. Most record from their homes where you can hear children and animals in the background. You don’t get this level of authenticity with celebrities.

Influencers have large followings because they are relatable, and their followers trust their opinions. Therefore, if they say a product is whack, guess what? None of their followers are going to go out and buy it. But if they endorse a product, they will. Many influencers have millions of views on their videos and social media posts, and people pay attention to them. Times have drastically changed, and consumers now spend more time on social media than they do watching television or engaging with any other type of media. In fact, a consumer is more likely to trust an influencer than an actor who has been paid to advertise a product.

Initially, the plan was to open one hundred retail stores throughout the United States, but Saghian soon realized that online sales was a much more effective strategy. In addition to being far more powerful at scale, it also had the power to make the company a global enterprise – and Fashion Nova serves an urban audience who are very active on social media. Although Saghian uses celebrities and influencers to market his label, he believes that every customer who wears his clothes is an influencer regardless of the size of their following. At the end of the day, when you wear something and wear it well, people want to know where you got it from.

The brand posts content every 30 minutes on Instagram, speaking directly to their target audience in a language they understand. When customers post selfies wearing the Fashion Nova brand, they are honored with a #Novababes or a #Novastars title. Their customer care team is always available and responds to any queries as soon as they are raised. The brand comments on and likes every single customer post, and as a result, they have built a dedicated following and strong relationships with their biggest fans.

Businesses who are looking to build their brands must capitalize on influencer marketing if they are serious about taking their companies to the next level. Influencer endorsements are based on respect and trust. Data from MuseFind suggests that 92% of consumers trust an influencer more than a celebrity endorsement or a traditional advertisement, and as such, brands are slowly moving away from expensive celebrity endorsements to gain exposure. Influencers interact with their followers on a regular basis, and in some cases, daily. You will never get this type of engagement with a celebrity, as they simply don’t have the time to communicate with their fans on that level. As a result, influencers have developed genuine relationships with their followers. It takes brands years to develop strong bonds with their customers, but influencers have already done the hard work on your behalf – something Fashion Nova quickly discovered was incredibly powerful. 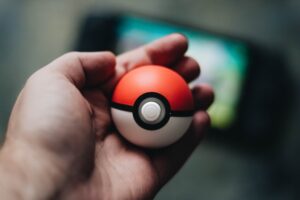 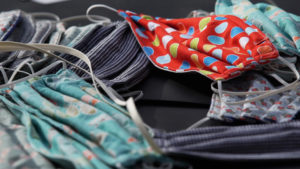 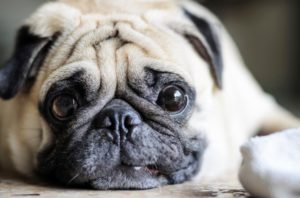